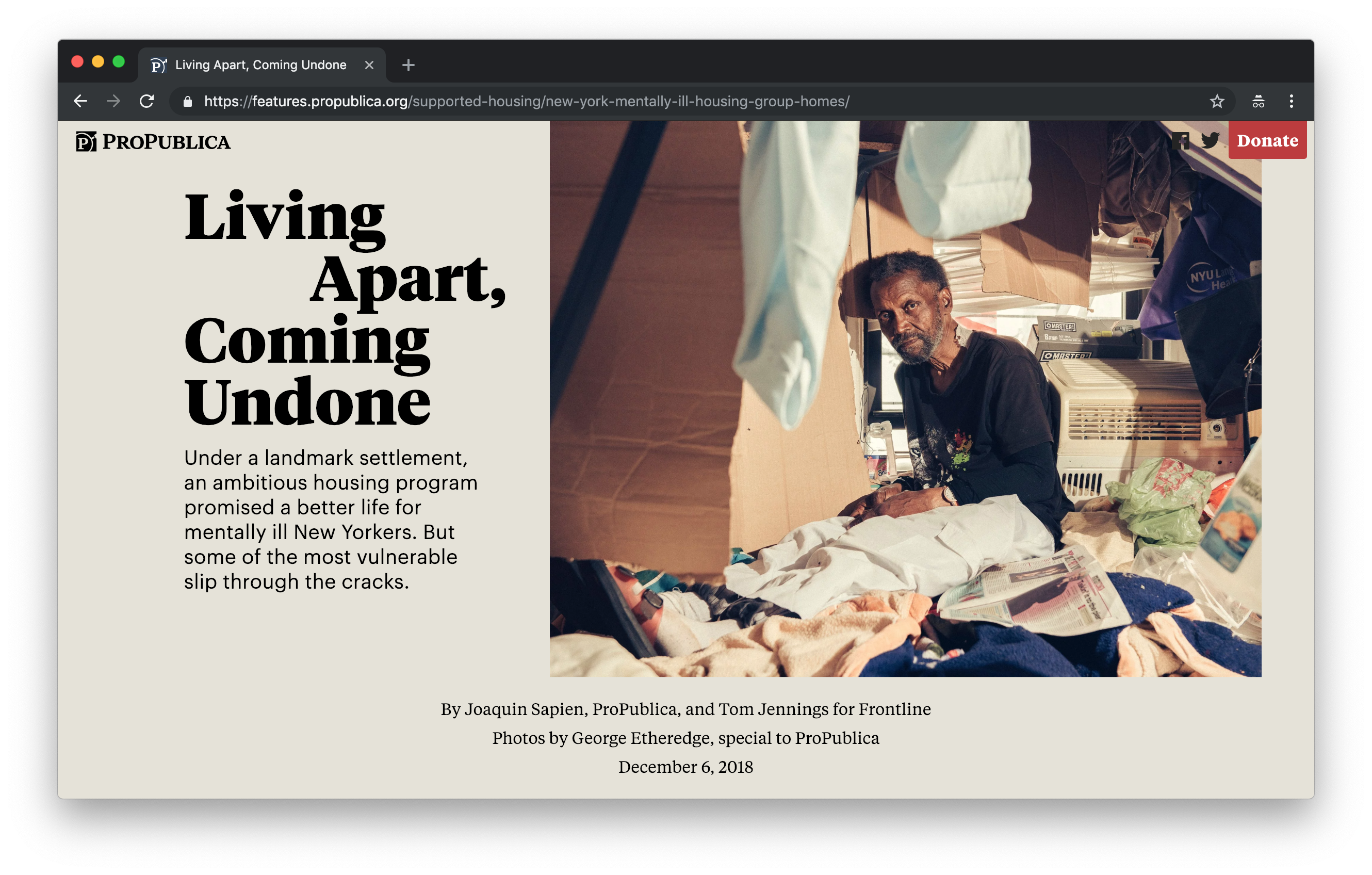 ProPublica reporter Joaquin Sapien spent many months reporting on a program aimed at helping people with mental illness in New York live on their own. When he filled us in on the living situations of some of the people supervised by this program, we hired George Etheredge, a freelance photographer, to document the visual side of the story.

In addition to keen reporting skills, we loved George’s ability to capture people’s unraveling lives in a way that still felt respectful and humane. I felt a sharp contrast in the photo edit: We had a photo set documenting shocking living situations (a liquifying cantaloupe, a shower left running for the “oxygen,”), but wanted to show them in a way that didn’t make the images feel gratuitous.

I was continually thinking about how to use the evidentiary photographs as a way of holding the system accountable, without compromising the dignity and humanity of the people we photographed. (George’s thoughtful portraits went a long way here.)

We co-published the story with The New York Times and Frontline, and we’re working on a documentary with Frontline slated to debut in early 2019.